This is the 3rd episode of our special series from Ubud. We’ve previously featured interviews from authors Tiffany Tsao and Julia Prendergast

In this episode of The eBook Revolution Podcast we talk to author Kim Scott, who was invited to speak at Ubud Writers and Readers Festival about his latest book Taboo

“…a complex, thoughtful, and exceptionally generous offering by a master storyteller” – The Guardian

In the podcast Kim talks about the books that inspired him to begin his writer’s journey, and what it takes to become an author. 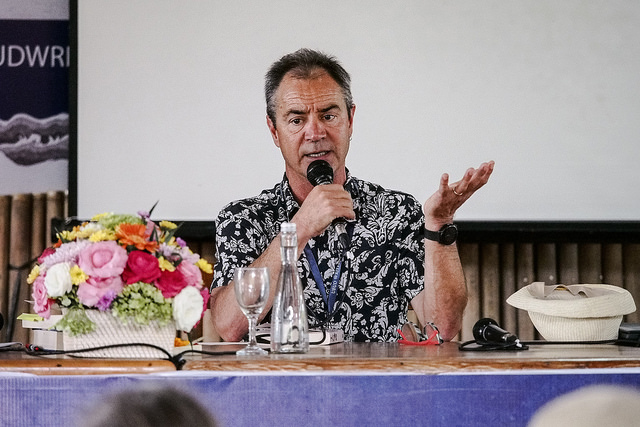 In this special interview from the 2018 Ubud Readers and Writers Festival, Kim Scott talks about the art and craft of writing. Listen to learn about:

Today’s show is sponsored by Amazon Success Toolkit. Self-publishing expert Tracy Atkins has created an amazing set of tools and methods you can use to publish and optimize your book on Amazon—the right way. Updated for 2019. 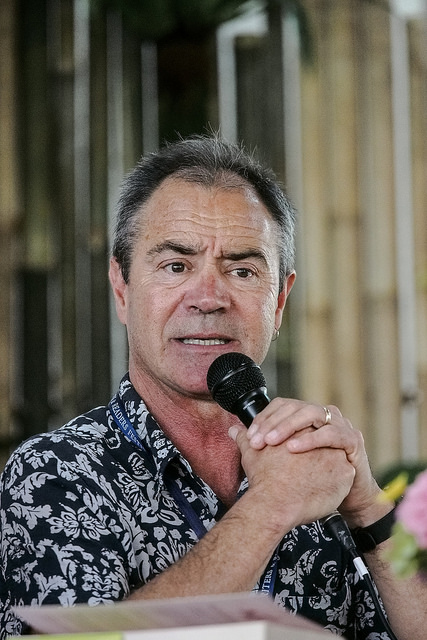 Kim Scott grew up on the South Coast of Western Australia. As a descendant of those who first created human society along that edge of ocean, he is proud to be one among those who call themselves Noongar. He began writing for publication when he became a teacher of English and has had poetry and short stories published in a number of anthologies. That Deadman Dance has won several awards, including the 2011 Miles Franklin Award and the 2011 Commonwealth Writers’ Prize for Fiction – regional winner.

Transcript of Interview with Kim Scott

You spoke about the naiveity of people who want to write but don’t read. What were the books that inspired you to write?

The books that inspired me to write? I don’t know I sometimes –  responding to that question – I sometimes talk about the first novel I ever read. You may have heard me say this before. I don’t know, Tom Sawyer which my father’s father had sent to me. My grandfather from whom my father was estranged, sent me a note when I was seven years old, sent me a book inscribed “To dear Kim, with love from Grandad Scott”. I started the book.

“Tom. Where is that book? Tom? Tom?”, and so on and so on. My father’s name is Tom, so I thought at the time that it was book about him, my father, and I was going to get some special insights so that I read the whole book even though I wasn’t able to read adequately.

So that probably was an inspiration, the insights that could be gained, the sense of complicity, the special perspective you got on things that was probably a large part of it.

What else? Dickens – I studied literature, so Great Expectations was an important book to me. And very language based, you know, just the way it starts. Pippin. He has a nightmare. At one stage. We’ve got sentences floating around. A  lot about language. So I think that was an important one. But probably they vary from time to time.

There’s a strange book called The Accidental Tourist by Anne Tyler that I’ve read many times. I’m often perplexed why. It’s playfulness I guess. Lolita is a book that I love for its language awareness. Yeah. Kevin Gilbert, a couple of books that he’s got, they were influential in opening up space, the possibility of filling this big space with words. Attempting to articulate things and he was so impassioned and articulating stuff that I hadn’t previously seen written down so I think that was a very important book. But as I say Midnight’s Children was another one early on in my writing career. Some of Peter Carey’s early stuff because of the energy. I could go on.

I’m interested in your path as a storyteller. So how did you begin your journey from teacher to acclaimed author?

Like I said a moment ago was it was because I was a teacher and I felt a little fraudulent. I think master/apprentice roles are important in learning things and a sense of, you know, how to do something, and then you pass that on in various ways. So I wanted to work out how it all happened, how you did it. So that was important to me being serious and then I realized how you spend time alone with words and you start delving into things that are important.

When was that? Was there a moment?

It started with poetry and that was mid 20’s or mid to late 20’s, my early days of teaching, taking it serious enough that you mark out time each day to write. Yeah and getting lost in writing a little. What I like about writing is that ‘ceremony of innocence’, I think WB Yeats called it

So your poetry is very important to as well?

Oh, I think  a fair bit I mean, it depends, some passages like what I just read a while ago I scan and I work at where the rhythms are and write according to that. I care about asonance. I care about rhythm quite a lot in my prose. I care about juxtaposition. I care about space around text as much as you can and still work with paragraphs. It’s a continuum, I don’t see them as discreet entities.

Does it get any easier to write a novel? Have you developed a process?

Do you have a ritual around your writing?

No, I try and be flexible it’s about in one way or another chaining myself to the desk and locking the door. I chain myself to the desk for X number of hours or certain number of words per session and that varies but something like that. I like to exercise, I do love cycling possibly for similar reasons it takes my nervous energy, takes the edge off it, easier to mellow and dwell and also you can process things when you’re in that sort of rhythm of exertion I think, mild exertion.

Tell me, Do you think writing craft can be learned?

Very much, I mean writing craft can be learned and you can analyze and you can develop a repertoire from which to draw and you can respect and admire the craftsmanship of others. But there is an X Factor as well involved and there possibly is a work ethic in there perhaps without being immodest, a degree of courage, risk and often that’s where the most energy is wasted, thinking ‘oh I don’t want to go there’. But that’s the place to go.